Teach Me Life
Home Lifestyle An Old Woman Is Riding In An Elevator. 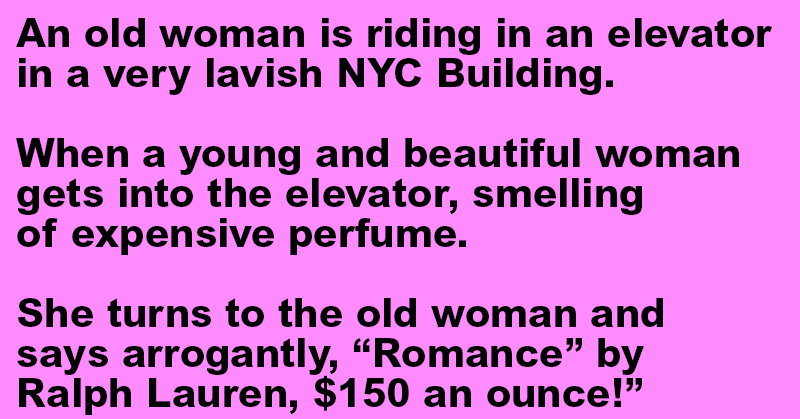 An old woman is riding in an elevator in a very lavish New York City Building.

When a young and beautiful woman walks into the elevator, smelling of expensive perfume.

She turns to the old woman and says arrogantly: “Ralph Lauren’s “Romance”, $150 an ounce! ”

Then another young and beautiful woman gets on the elevator and also looks very arrogantly turns to the old woman who says: “Chanel No. 5, $200 an ounce!”

About three floors later, the old woman has reached her destination and is about to get off the elevator.

Before leaving, she looks the two beautiful women in the eye, then bends over, farts, and says: “Broccoli. 49 cents a pound!”

A man and an old woman are travelling by train. 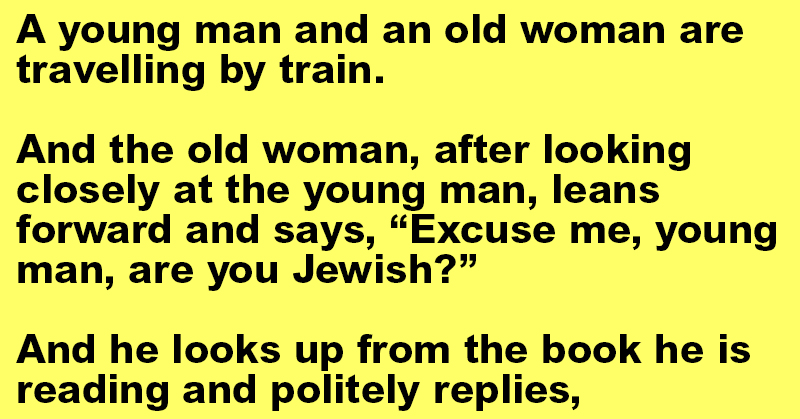 A young man and an old woman are traveling by train.

And after looking closely at the young man, the old woman leans forward and says, “Excuse me, young man, are you Jewish?”

And he looks up from the book he’s reading and politely replies, “No, ma’am, I’m not Jewish.”

A few minutes later she leans forward again and says, “Excuse me, young man, are you sure you are not Jewish?”

And he looks up once again and politely but firmly replies, “No ma’am, I am not Jewish!”

There is a long silence, then the old woman leans forward yet again and says, “Excuse me, young man, are you quite sure you’re not Jewish?”

And the young man eye-rolls inwardly, grits his teeth, and says, “All right, yes, I am Jewish!”

And then there is silence for minutes.

And then, “That’s funny,” says the old woman, “You don’t look Jewish.”