Teach Me Life
Home Lifestyle A man and his son are at a mall. 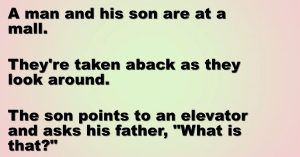 A man and his son are at a mall.

They’re taken aback as they look around.

The son points to an elevator and asks his father, “What is that?”

An old, fat woman gets on and the metal doors slide shut. A few moments later the doors slide open and a gorgeous young blonde gets off.

The man turns to his son and says, “Go get your mother.” 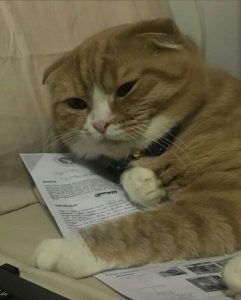 A new blonde hostess has started her first day

A new blonde hostess has started her first day. The route they took required them to stop in another town for the night. 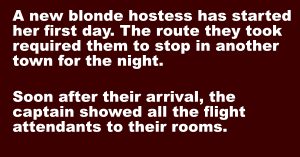 Soon after their arrival, the captain showed all the flight attendants to their rooms.

The next morning the pilot was preparing everyone to leave, and he noticed his new flight attendant was missing.

He knew which room she was in at the hotel and called her up, as he was wondering what happened to her.

She answered the phone, sobbing. “I can’t get out of my room!”

The stewardess replied, “There are only three doors in here,” she cried, “one is the bathroom, one is the closet, and one has a sign on it that says, ‘Do Not Disturb?!”

Letter riddle: Can you find the right answer in less than 50 seconds?

A blond and a brunette in a car

The Teacher Was Telling The Kids.

It’s not really your fault.

Do you want a room?

Can YOU spot the moth flitting among the clothes?

A Lady Was Walking Down The Street.