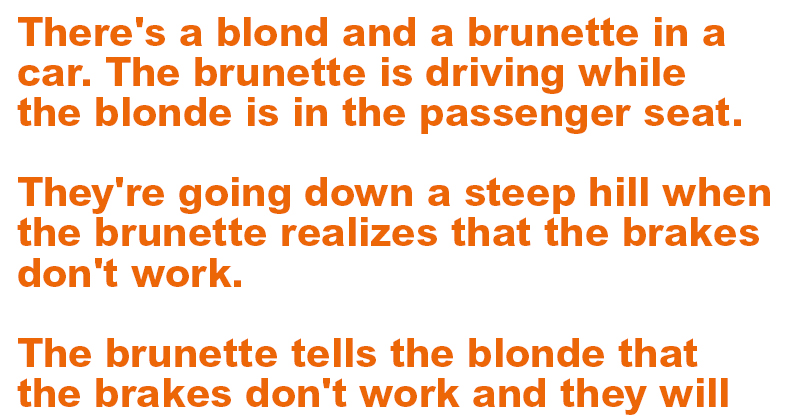 There’s a blond and a brunette in a car.

The brunette is driving while the blonde is in the passenger seat.

They’re going down a steep hill when the brunette realizes that the brakes don’t work.

The brunette tells the blonde that the brakes don’t work and they will drive off the side of the cliff because they failed to stop.

The blonde then replies, “Don’t worry! There’s a stop sign ahead.”

Two blondes are working at a warehouse. 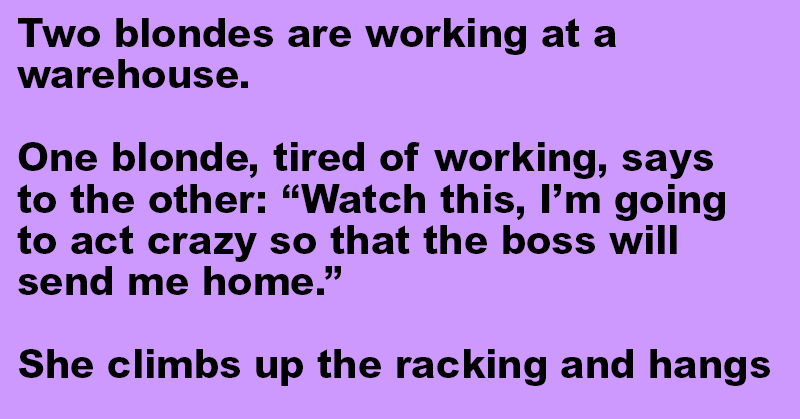 Two blondes are working at a warehouse.

One blonde, tired of working, says to the other: “Watch this, I’m going to act crazy so that the boss will send me home.”

“What are you doing?! Get down from there and GO HOME!” shouts the boss.

The second blonde picks up her tool bag and heads towards the door.

“Where in the HELL do you think you’re going??” the boss exclaims.

“What? I can’t be expected to work in the dark!”

LOL!! A dumb joke is still a good funny joke!

Hope this joke will make you smile! Have a nice day!