Teach Me Life
Home Lifestyle The Teacher Was Telling The Kids. 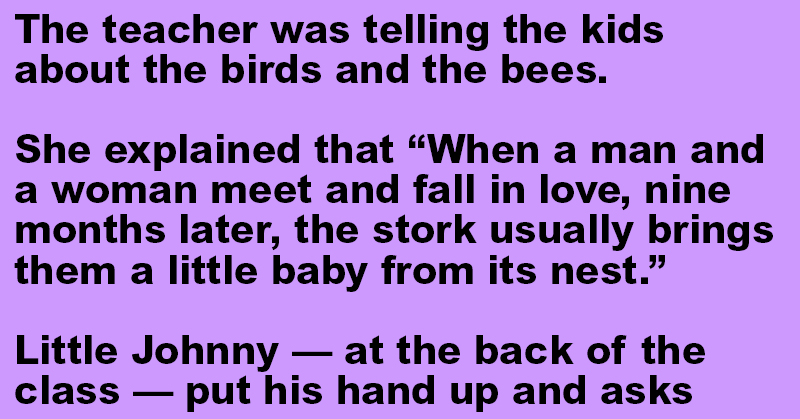 The teacher was telling the kids about the birds and the bees.

She explained that “When a man and a woman meet and fall in love, nine months later the stork usually brings them a little baby from its nest.”

Little Johnny – at the back of the class – raises his hand and asks the teacher, “Are you sure about the stork, miss?”

“I think you’re getting your birds mixed up.”

“My big sister just got a little baby and she said it came from a black pecker at the beach!”

Little Johnny Was In Class. 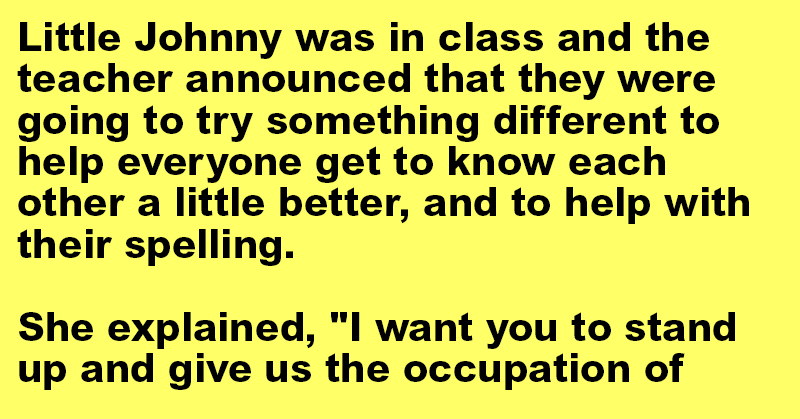 Little Johnny was in class and the teacher announced that they were going to try something different to help everyone get to know each other a little better, and to help with their spelling.

She asked the students to stand up and tell the class their father’s occupation, spell it, and say one thing he would give everyone if he were in the class with them.

Each student was excited to talk about their dad, and as soon as the teacher made her statement, hands began to go up, and she pointed at a girl to give her response.

The teacher smiled at the well-presented answer and asked the students to clap for Marcy. She asked the class who would love to go next.

Jeff was the next student to try himself at the little class game, and he said, “My father is an accountant. A-K, no wait, A-C-K, no…”

While he continued struggling to spell it, the teacher interrupted him and asked him to take a minute to think about his response before standing up with his answer.

Little Johnny felt the time was right to give his answer, and raised his hand enthusiastically, hoping to be acknowledged by the teacher. The teacher asked little Johnny to go next.

Little Johnny said, “My father is a bookie. B-O-O-K-I-E, and if he were here today, he would give us all 20:1 odds Jeff will never be able to spell ‘accountant.'”